Or to translate from the Spanish, “One More Time!”

As you recall, last spring we had decided to stay for yet another winter in Sevilla. Our RRRRRata experience was just too much fun. For the complete story check our last update. – July 2004.

To bring you up to date. We finally departed Sevilla on August fourth. It was already far too late to go out to Madiera and the Canaries so we changed direction and headed East toward Africa. Our main goal was to get Entr’acte out of the EEU and cleared back in again so to avoid the rather stiff import VAT tax on the boat.

Leaving Sevilla, we spent a few days on the Rio Guadalquivir and then headed to Puerto de Barbate to spend a few days on the beach with new found Sevilliana friends. Next stop Gibraltar, the gateway to the Mediterannean. 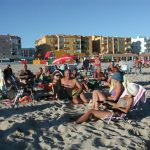 The beach at Barbate, gateway to the Mediterranean. 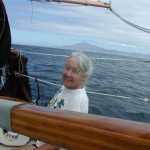 Entering the Strait of Gibraltar. That’s Africa in the background.

Gibraltar exists in it’s own micro-climate and as such, the weather is very unpredictable. Even tough it is just a simple day trip to Gib, it requires some careful planning and weather watching. The currents around Cape Trafalgar and Tarifa, the entrance to the Strait of Gibraltar, are not to be taken lightly. We enjoyed the beaches of Barbate while waiting for a suitable window to make the passage into the straits.

This past summer of sailing was the best we have had in twenty years. The breeze was steady, cool and variable. If the wind was from the wrong direction we just waited a day or two for a wind shift and just fly to wherever we wished. The ports were just terrific and close with no long hauls.

The run from Barbate to Gib was made on one tide. King Neptune was kind to us as we ran downwind and down current through the notorious Strait of Gibraltar on a crystal clear afternoon. This trip was decidedly different and more relaxing than our last run through this area when we ran ahead of strong Levanter with huge waves astern some twenty years ago.

Because Gibraltar is “technically” outside of the EEU, we could easily have cleared in and out Gib and avoided the tax. Maybe! BUT, the Spanish seriously consider Gibraltar a part of Spain and occupied against their wishes by the British. 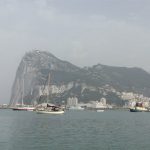 The Rock! It really does exist!

So to avoid any possible bureaucratic complications with Spain we decided to “play it safe” and sail across the Straits to the port of Smir in Morocco just to make absolutely certain we had left the EEU. 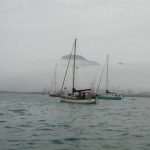 As the fog closes in Gibraltar disappears.

Our voyage to Morocco although only 25 miles each way took us an amazing twenty-one days because of fog. The fog arrived the day after our arrival and we sat and sat at anchor waiting for a clear day to make the short run over to the African coast.  We tried once but an hour into the trip, the fog thickened again and wisely we turned back. 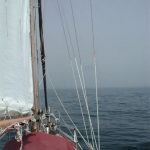 Where did it go?

The fog was so thick that if one of us left the cockpit to work the foredeck they simply disappeared into the mist and replaced by the sounds of numerous fog horns from tankers and freighters. The Strait of Gibraltar is no place to be prancing around in the fog.

The weather finally cleared and in twenty-five knots of wind we enjoyed a “crackling reach” across the straits and along the African coast to arrive in the small Moroccan port of Smir.

Smir is very close to the ancient city of Tetuan We played it safe and hired a local taxi driver to take into the famous Medina. Achmed was invaluable and well worth the money. He definitely knew his way through this Indiana Jones-like movie set.  Without him, we would never in a hundred years, have been able to find our way back out of the maze of streets and alleys that made up the Medina. “Oh Effendi (they really do call you that), we must go to Berber House so you can take photos from the roof.  It is the best place for such a photo. You can also enjoy a cup of fine tea on the roof and take wonderful pictures of the Medina and the Souk.” We knew of course that this visit included a dog and pony show of the “finest carpets in the world at the best prices.” The carpets were decidedly beautiful and were dramatically demonstrated to be fire proof, stain proof and oh yes, guaranteed to fly! Yes, of course we bought a carpet! The only problem was that we could not get it to fly. “You must use the magic words–‘Pay more money!'”We had paid for the carpet but the required magic words cost quite a bit more money.  It is a bit too large for Entr’acte but it will be a great memory of our “day back in the Souk!” 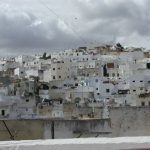 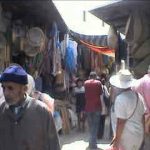 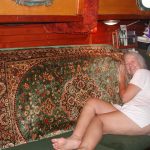 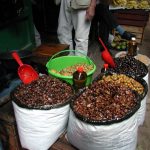 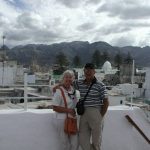 Finding a weather report for the return trip to Europe was easy. Reading the report was the problem as it was all in Arabic! It’s a good thing that our American schooling and math was based on the “Arabic Numbering System.” Once the visibility was in our favor we grabbed another beam wind back to Gibraltar and back out though the Straits with a clean bill of health “all sins forgiven” and free to enjoy another eighteen tax-free months in the EEU. Both trips across the straits was actually great fun. 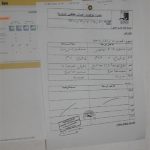 What wind will we have tomorrow?

We returned to Seville at the end of September just in time for the “End of Summer Party” at El Club Nautico.  If it seems like there is an abundance of parties and festivals here in Sevilla…you’re right, there are! Just like there are “party schools” on the college circuit, Sevilla is indeed a “party city.” That’s the only way to describe it. “Plenty of time to sleep after you die” is the Sevillana motto! .

So here we are back in Sevilla where we continue our Spanish experience. Our friendships, our swimming, paddle tennis, walking, writing and of course dancing the Sevillana. Don Federico has also added the Rhumba to our repertoire. It is somewhat complicated and very aerobic!

Plans for the the winter are to edit video, write and to also to prepare Entr’acte for the trans-Atantic trip we wanted to take last year. We feel very fortunate that our little rat made us slow down and enjoy. 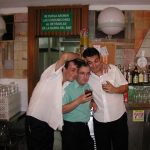 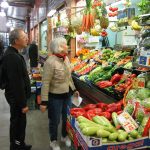 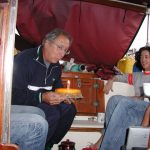